The clock tower along Pioneer Avenue is one of the oldest standing structures in downtown Gensan. Strategically located at the center island right across the Ramon Magsaysay Memorial College, it was built and donated ages ago by either the Mt. Matutum Lions Club or the General Santos City Lions Club, am not actually sure.

Unfortunately, I also couldn’t even remember a time when there was actually a functioning clock 30 feet up there giving the right time for the people traversing along Pioneer Avenue. If I can recall it correctly, it had more downtimes due to the numerous electrical blackouts before, and repairing it took a bit too much of the budget of the donor.  Eventually, it was abandoned and from the looks of it, forgotten for good. 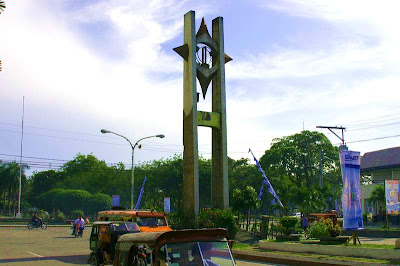 A few months back, I heard from Rotary GenSan Prexy Bing Royeca that their club wants to rehabilitate the clock themselves but I guess nothing came out of it.

Why don’t someone just ask manufacturers of watches like TIMEX, SEIKO, SWATCH, ROLEX, TAGHAUER, etc to sponsor the whole thing and donate a giant clock themselves?   That’s free advertisement for at least a decade for them, or until their clock conks out.   Has nobody ever thought about that? 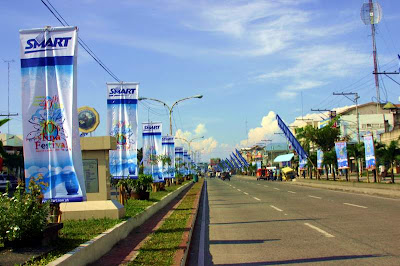 Oh Gawd!  How I miss the old downtown Pioneer Avenue…. 🙁