Bariles is a Cebuano word for “Tuna”, the primary source of income of the people of General Santos City in Mindanao Island which hosts 6 of the Philippines’ 8 tuna canneries and more than 80% of its tuna processing plants.

The city boasts of the only “Tuna Festival” in the whole world celebrated annually from  September 1 – 5 in commemoration of its charterhood anniversary. 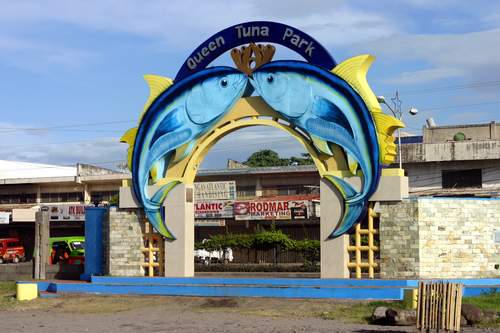 The welcome arch of the Queen Tuna Park, formerly known as Lion’s Beach

Bariles is also the chosen nick of this author who would like nothing than to write about his city and its environs and anything that interests him with the hope that it will interest his readers, too.

He has worked throughout most of Southeast Asia and even Papua New Guinea.  Currently, he devotes his time, beauty, and talent  in the fields of Communications and Media and acts as consultant on Online & Offline Marketing on the side.  He is a self-taught Online Presence Strategist and espouses the use of Google Map Maker throughout the island of Mindanao.

Born many summers ago in what was then known as Dadiangas, and exposed to the harsh commentaries and viewpoints that his beloved hometown has received from media reports all throughout the years, he has vowed to come up with stories and articles which will show the real picture and more positive portraiture of what is known as SOCCSKSARGEN’S Premier Business and Commercial Hub.

GenSan News Online Mag or GenSantos.com is the realization of that vow.  Now it is GenSan’s #1 Blog  and is #43 in the Philippines’ 100 Most Popular Blogs for 2010 and has received various awards and accolades for the past three years that it has existed.  He dedicates them to all the OFW generals out there who miss news about home.

Bariles is still unmarried but is currently devoted to a planet in the Solar System.

For comments, suggestions, violent reactions and whatever on anything that is posted here, please feel free to write them down at the spaces provided after every article.

You may also send us advertisement concerns, marriage proposals, requests for product/service/establishment features at the CONTACT BARILES page.