I did not realize that the old City Hall building at the back of the current one is turning 59 years old this year until I saw this marker (above) near its front entrance. It says: Municipal Hall, Buayan, Cotabato. Constructed October 26, 1949. This was obviously almost two decades before the Buayan was declared as charter city and renamed as City of General Santos in September 5, 1968. 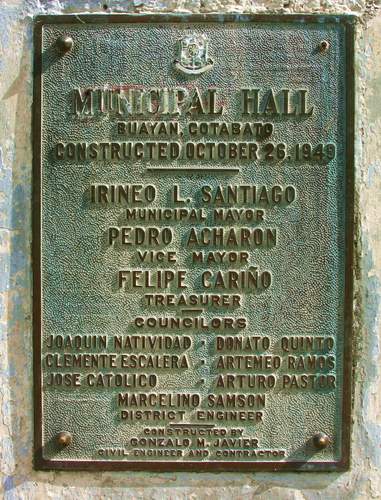 It then continues to name the Municipal Mayor at that time, Mayor Ireneo Santiago and his Vice Mayor, the Honorable Pedro Acharon, Sr., father of the current city mayor and his namesake, Pedro Junior. The older Acharon was later on elected Mayor after a few years. 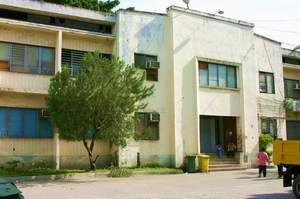 Currently, there is a plan by Mayor Jun Acharon to transform this building into a museum once the offices occupying it are transferred to their new location sometime middle of this year. The only museums in GenSan right now are the ones at the NDDU and MSU. If this materializes, it will be a treasure trove for visitors, historians, students and tourists since the building will be restored to its former look and glory.

The building’s contractor, by the way was Civil Engineer Gonzalo M. Javier.