It has been almost three weeks since new WBC World Lightweight Champion Manny Paquiao arrived in his hometown General Santos City to another Hero’s Welcome and  a few people have been asking about it.

As promised, I am posting some of the photos I took during that morning of July 7, 2008 when he arrived at the airport, during the motorcade and up until the victory dinner at night tendered by Mayor Jun Acharon and Congresswoman Darlene Antonino-Custodio, which I emceed with Ms. Gensan 1972, Cora Tito.  🙂

Since they are quite many, I am dividing the pictures into two sets, one set per post.  This is the first set, taken during the motorcade from the airport. 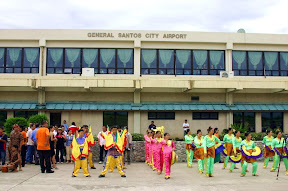 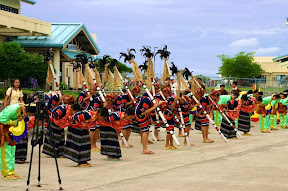 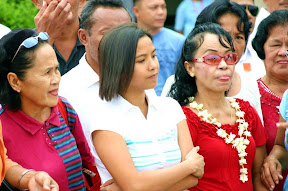 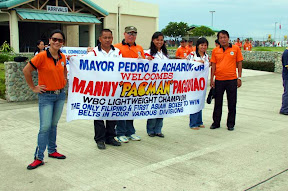 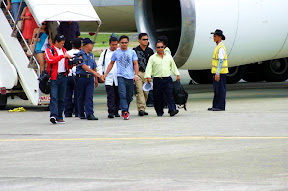 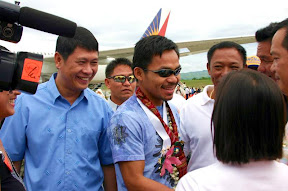 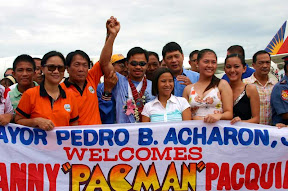 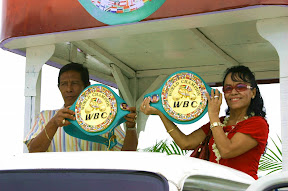 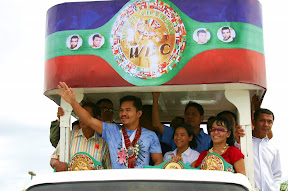 Pacquiao with his parents, Congresswoman Darlene & Mayor Jun behind him 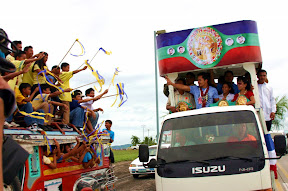 Passing by a jeepful of supporters at the airport road 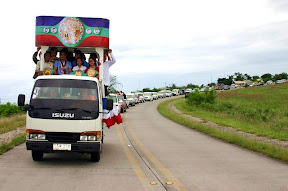 A shot of the motorcade convoy at the airport road 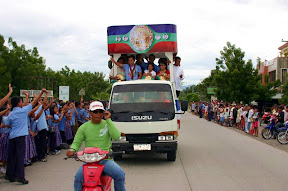 Students from Fatima High school cheer for the passing champ 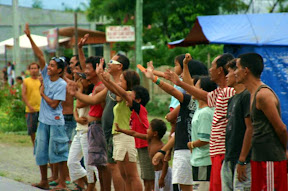 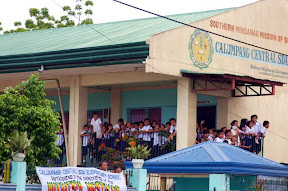 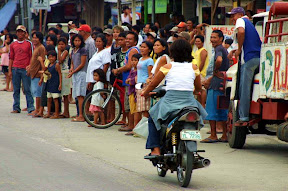 Onlookers along the Calumpang Highway 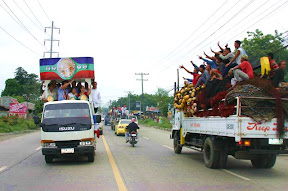 Fishermen aboard their truck pass by the Pacman motorcade 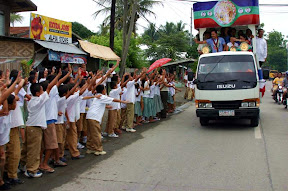 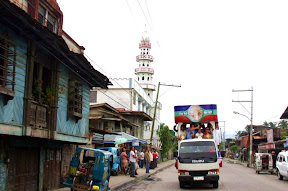 Passing by the old Silway Mosque 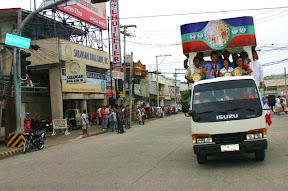 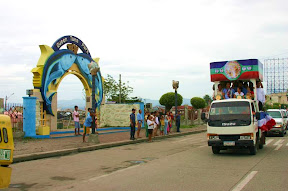 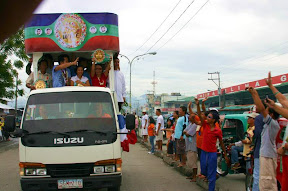 Passing in front of the Central Public Market along P. Acharon Blvd. 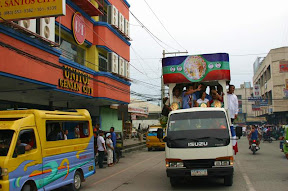 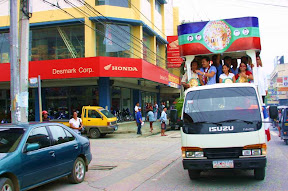 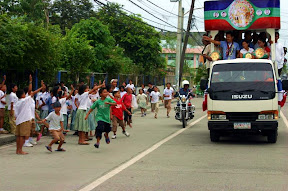 School kids from South Elementary School run beside the float 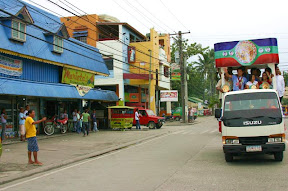 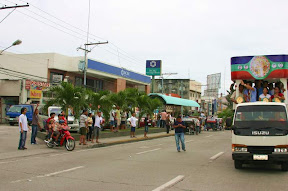 Pioneer Avenue and the RCBC Building at the back 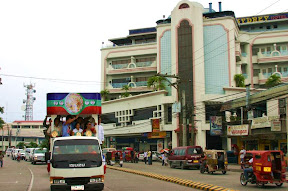 Turning left to Pendatun Avenue with Sydney Hotel in the background 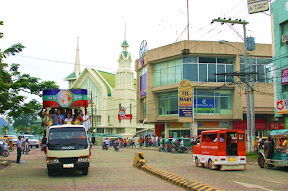 Pendatun Avenue and the RD Plaza at the background

TO BE CONTINUED… More photos from the Presscon and the Victory Dinner… SOON!!!