It has been two years since this blog won in Janette Toral‘s annual Search for the TOP 10 MOST INFLUENTIAL EMERGING BLOGS.  This was in 2008 when GenSan News Online Mag was still known as Bariles Republic.

To be lumped together with the country’s other fledgling but “quite popular” blogs at that time was something that a blogger from Mindanao could only dream of.  Inspired by that recognition, Author Bariles strived on and right now, with almost a million readers already,  his blog lives on and he is proud to say that it has really earned a certain amount of influence in his turf, the Tuna Capital of the Philippines.

Fast forward to today, August 2010.  It’s again that time of the year when bloggers from all over choose their own bets for the Top 10 Most Influential Emerging Blogs Writing Project. 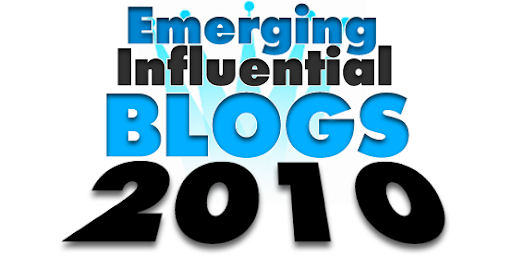 Being a member of the Soccsksargen Bloggers, Bariles would like to be partial to blogs from this side of the Philippines and although they might not be known nationally, as of yet, these blogs have been exerting a great degree of “influence” already in the region, depending on their niches, in the way they are crafted and the manner that they have been bringing information and entertainment to their readers.

The rest of the 10 in Bariles’s list are also from Mindanao and again, he would like to believe that they deserve to be in his TOP 10 Most Influential Emerging Blogs for 2010 and should be recognized nationally.

Without babbling any further, here they are, Bariles’ TOP 10 Most Influential Emerging Blogs for 2010:

So there!  I hope you could visit these blogs and find out why for Bariles, they are TOPS!

And yes, he would surely be very happy if you could nominate them too in your blogs.  Deadline of submission of your list is on August 31, 2010.  For more information, check out Janette Toral’s guidelines by SIMPLY CLICKING HERE.