After almost six months, the newly-renovated City Mayor’s Office at the Gen. Santos City Hall was finally unveiled to the public during a simple blessing ceremony on June 12, 2008.

The unveiling was timed right after the flag-raising program of the 110th Independence Day celebration at the Gen. Paulino Santos Park and so most of the attendees there were the same people at the blessing.

There was Honorable Koji Mitsui, First Secretary and Consul of the Japanese Consulate in Davao and Honorable Lalik Malu Partawana, Consul General of the Indonesian Consulate, also in Davao who waited patiently for the late officiating priest to arrive outside the door.  Good thing that these two distinguished guests were entertained by the combined charms of the ladies of the Sangguniang Panglungsod (City Council) led by ABC Chair Lourdes Casabuena and Councilors Nepnep Natividad and Meg Santos.

In a short while, everyone was led inside by City Mayor Jun Acharon and his wife, Dr. Rose and got to see for the first time the interiors of the sparklingly-new mayor’s office.

Most agreed that the renovation team (which includes local Architect Michael Ang) of the mayor did a good job in transforming what was once an ordinary, cluttered, and ugly mess of a maze into a well-illuminated, brightly painted, tastefully-decored fully-functional modern office which could be mistaken for a hotel or bank lobby or even a first class hospital.

Here are the pictures to show for it. 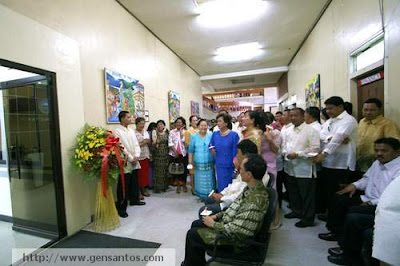 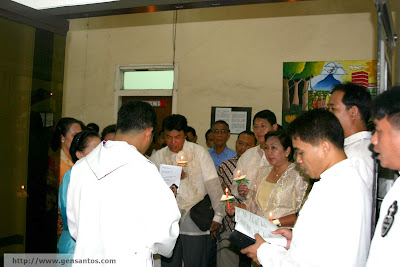 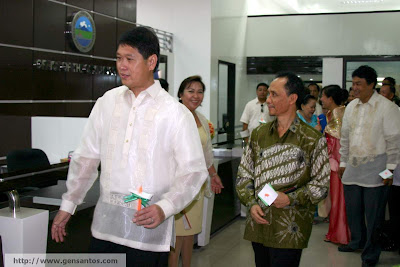 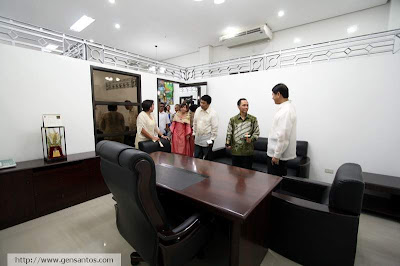 Inside the Mayor’s private anteroom with Consuls Mitsui and Partawana 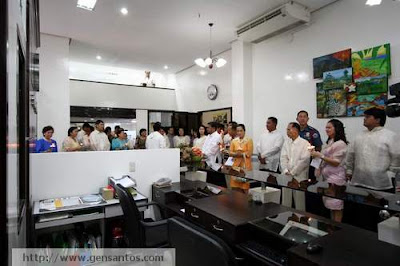 Fr. Castellano gives out his final blessings. (That’s me at the mezzanine.) 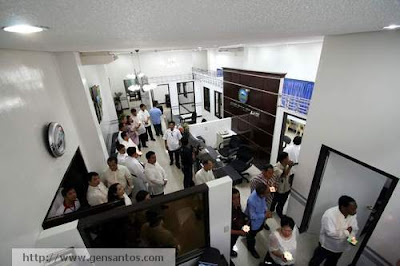 View from the mezzanine That’s me in front of the wall dividing the receiving section from the admin and records section. That’s the local city seal above me.