I have been a member of the Parish Renewal Experience Ministry (PREX) under the Parish of Our Lady of Peace & Good Voyage in GenSan since June 1996 and was Music Ministry chair up until the time I worked abroad in 2001. Since then, this Catholic Renewal Ministry which originated from the US and began in Manila in 1983, has grown and expanded to include more than 1000 parishes in the country.

The pictures below were taken during last month’s Vis-Min Wide PREX Family Day held at the Lagao Gym (spearheaded by Sts. Peter and Paul Parish in Lagao, GenSan) where a record number of more than 5,000 “kuya’s” and “ate’s” attended, a simple testament to the effect it has made in shepherding “nominal” Catholic’s back to the Church. 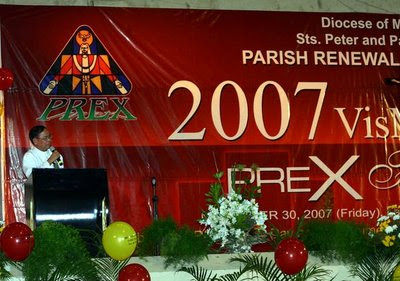 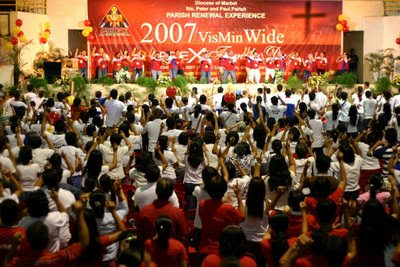 The PREX Family with their community singing and praising. “He who sings, prays twice.” 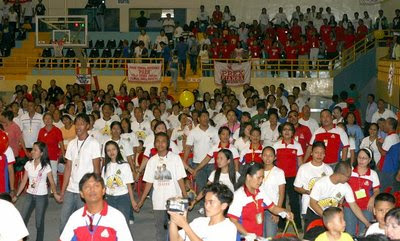 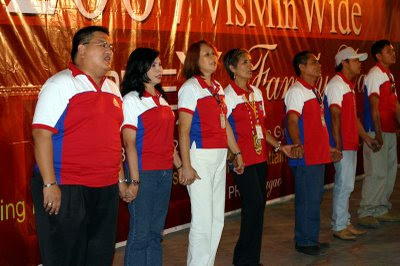