Allow me to take a break from the “happy” posts I have been churning out daily about the Kalilangan and give you a News Release from the Philippine National Police Office of General Santos City. This is with regard to an unfortunate blast incident which happened near midnight on February 27, 2008, the culmination day of the Kalilangan Festival , killing a vendor and injuring 5 civilians.

This is to correct the “news” and misinformation floating around that it was a “bomb blast” and that a “suicide bomber” did it. Here is the scanned official report. 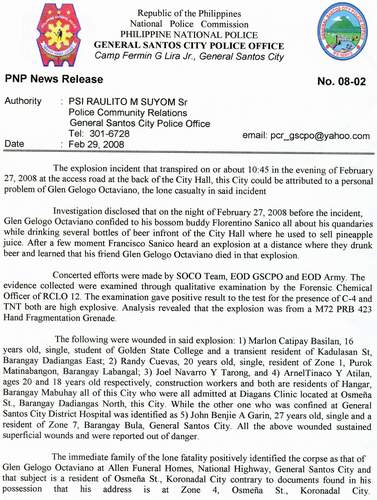