[March 4, 2019] Ookla, the global leader in internet testing and analysis recently awarded PLDT and its wireless subsidiary Smart Communications, Inc. (Smart), as the Philippines’ fastest fixed and mobile networks for 2018.

Its latest report covering Q3-Q4 2018, showed Smart achieving a Speed ScoreTM of 15.57, with average download speeds of 17.86 Mbps and average upload speeds of 8.61 Mbps, based on 2,186,540 user-initiated tests taken with Speedtest® on LTE-capable devices in the Philippines.  This is an improvement from its Q1-Q2 score of 14.98. 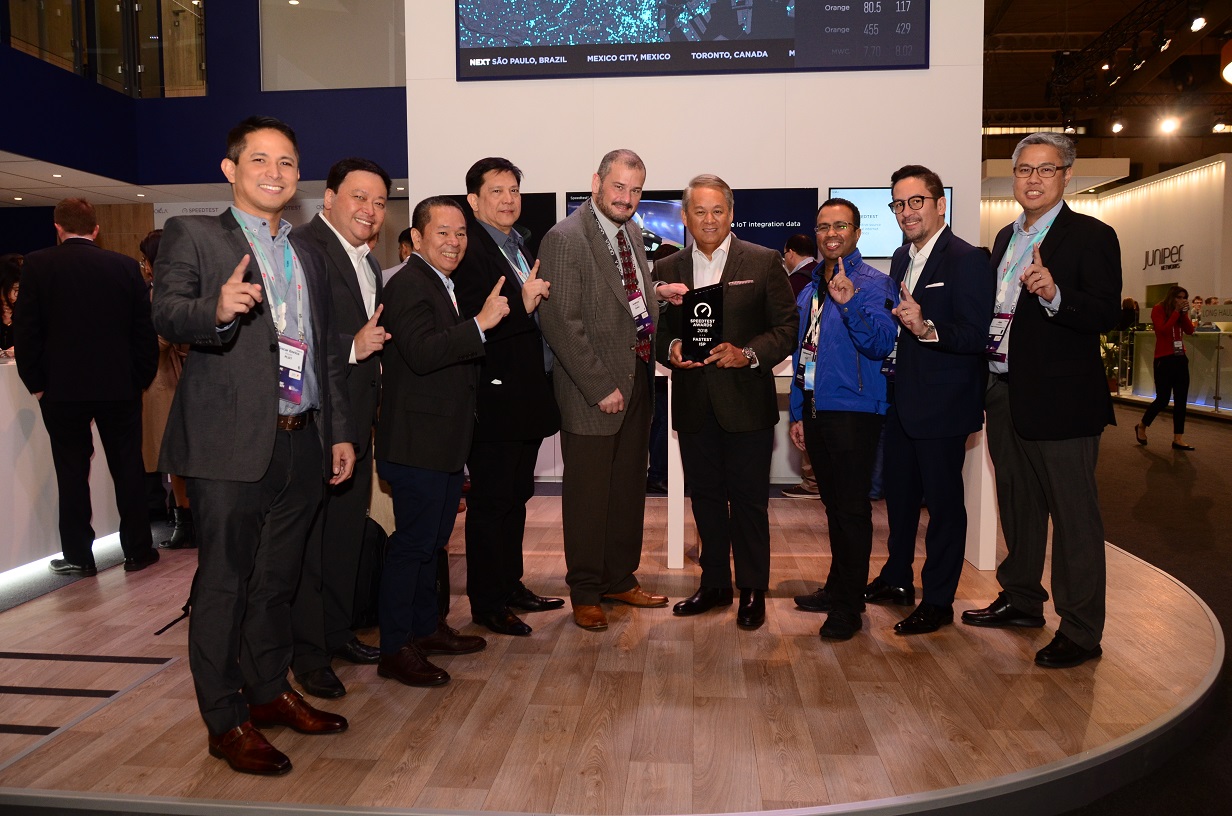 “We are pleased to award Smart with the award for Fastest Mobile Network and PLDT for the award for Fastest Fixed Network in the Philippines. This recognition is testament to their exceptional performance in Q3-Q4 based on Ookla’s rigorous analysis of consumer-initiated tests taken with Speedtest,” said Jamie Steven, Executive Vice President at Ookla.

“This award is proof that our continued investments in our network to improve the mobile internet experience of our customers across the country are paying off,” said Mario G. Tamayo, PLDT and Smart senior vice president for Network Planning and Engineering.

PLDT, Smart ahead in key cities

In Quezon City, for example, Smart posted a Speed Score of 23.09, more than twice that of the competing network. This reflects the results of the major network upgrade activities that Smart recently undertook in the city, including the activation of LTE-Advanced and carrier aggregation.

For mobile, Speed Score incorporates a measure of each provider’s download and upload speed to rank network speed performance. Tests used to calculate the Speed Score exclusively come from ‘modern devices’, which are devices capable of connecting to the market’s fastest, generally available technology.

For fixed, Ookla assesses the best network speeds attained across a given network, accounting for tests that are taken on various Speedtest applications that connect to a fixed network, including tests taken on mobile phones over a Wi-Fi connection. Each top carrier accounts for at least 3% of the sample size in the geographic area.

The awards come as PLDT and Smart ramp up their integrated fixed and wireless network expansion. PLDT has committed historic levels of resources to support network transformation which is estimated to amount to US$ 5 billion from 2016 to 2020. In 2018, capital expenditures were at P58 billion.

Alongside Smart’s ramped-up Long Term Evolution (LTE) and LTE-Advanced (LTE-A) roll out, PLDT is also aggressively rolling out its fiber broadband service, which also supports the stepped-up deployment of the mobile network by providing high-capacity links for cellular base stations.

To date, Smart has also already fulfilled its commitment to the National Telecommunications Commission to cover at least 90 percent of cities and municipalities to address the growing demand for broadband infrastructure and internet access within three years from the grant of the use of frequencies by the NTC in 2016.

Meanwhile, PLDT operates the country’s most extensive fiber infrastructure at 221,000 km and its fiber coverage has now reached 5.75 million homes as of end of the 3rd quarter of 2018, while its total capacity of 2.25 million ports has more than doubled from end of 2017.