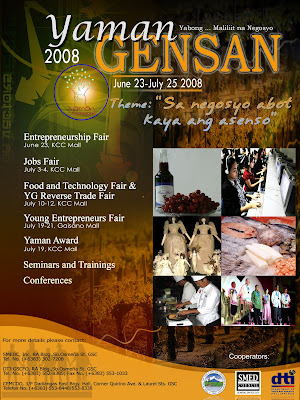 The month-long YAMAN GenSan 2008 formally opened this morning via a simple but star-studded opening program at the KCC Mall Convention Center.

In attendance were city officials headed by Gen. Santos City Mayor Jun Acharon who arrived a little late because he was still at the typhoon-stricken areas of the city at the time of his speech (which was read by Vice-Mayor Flor Congson), DTI bigwigs led by Assistant Regional Director Doris Delima, SMED Council Prexy Tess Pacheco, ABS-CBN Bayan Foundation’s Irma Cosico, Globe VizMin External Affairs Head Jerry Yntig, among others. 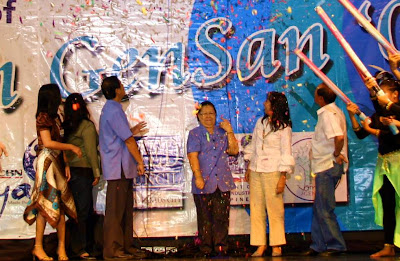 The affair which was also sponsored by ABS-CBN Foundation (who brought in Pinoy Big Brother teen housemate Aldred Gatchalian for a couple of songs) AND was hosted by local ABS-CBN deejay Joey Concepcion and ABS-CBN TV show “Swak na Pangkabuhayan” host Amy Perez also served as the opening of the Globe Bridgecom sa Bayan Entrep-Fair consisting of local entrepreneurs. 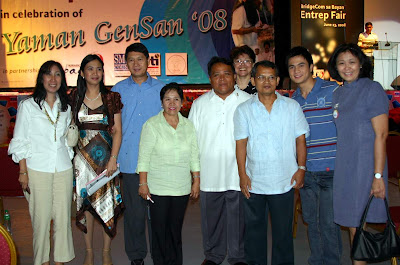 Now on its 6th year, YAMAN GENSAN which is the brainchild of Mayor Acharon, has provided invaluable assistance to existing and would-be small and medium-sized enterprises in the region with the help of the DTI and other generous corporate sponsors. 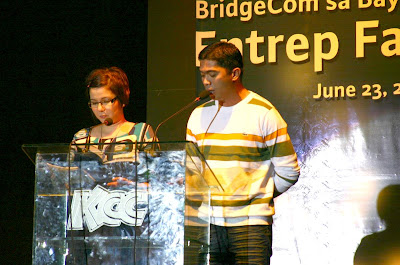 Here is their Press Release:

The month long celebration of YAMAN Gensan will include 8 exhibits, 21 seminars and trainings, 16 forums and conferences, and an awards night coming from different organizers of different agencies (government and non-government).

This year, YAMAN Gensan celebration which is hosted by Small and Medium Enterprise Development Council, Inc. (SMEDCI) with the coordination of Department of Trade Industry-12 (DTI-12) has entered some new concepts of showcasing the products and services of entrepreneurs.

Three new major activities will embark the scene of YG events, the 1st Livestock Conference which will also conduct Lechon Competition, the Food and Technology Fair which is intended for the suppliers of food packaging materials and equipments and match with the processors.

YG Reverse Trade Fair is another new concept of YG activity, “The companies will not exhibit their finished products but the raw or semi-processed materials they require that are either imported or sourced out from other parts of the country. The objective of the activity is for these large companies to source out their requirement from local suppliers in General Santos City or from the neighboring cities/provinces which will redound to the creation of new enterprises thus generating new jobs,” DTI-12 Asst. Reg’l Dir. Dorecita Delima said.

The activities on YAMAN Gensan 2008 according to ARD Delima are more industry cluster focused and company-centered which offer more opportunities for entrepreneurs as well as for those who are interested to pursue into business. The four-week activities of YG ’08 was categorized by industry clustering such as the ICT Industry, Food Industry (Aqua-Marine and Fruits), Handicrafts, and Livestock Industry where in several seminars, trainings and for awaits the interested participants.