The invitation to last Thursday, June 12’s 110th Philippine Independence Day Celebration at the Gen. Paulino Santos Park stated that the Flag Ceremony will start at sharply 6:00 am.

Not wanting to be late, I set my clock at 5:am, prepared my polo barong (invitation says FORMAL FILIPINO ATTIRE) and black slacks and slept before 10, making sure that the TV was off. Just didn’t want to be kept awake by the latest episode of CSI.

The last time I attended a very important flag-raising ceremony for Independence Day was in 2003 when the President of the Republic Gloria Macapagal-Arroyo herself was the Guest of Honor in the Tuna Capital and was the one who hoisted the flag together with local officials and a few of her men from Manila.

That time, I forgot to set my phone alarm which made me arrive late for the ceremonies that the President’s security men did not allow me to go inside the fenced perimeter at the flagpole area. It took a while before somebody recognized me and directed them to let me in near GMA and her Cabinet plus a few dozens more of people of national prominence were huddled.

This year’s ceremony was simpler with no national figure except the Davao-based Indonesian and Japanese consuls and yet made meaningful by a moving program which required the participation of performers from various sectors.

The Choral Contingent were singers from the GSC Government Employees Choir, the GSC High School Youth Choir and the GSC DepEd Teachers’ Choir plus a young soloist, Ms. Cris Lyn Rotor. The dancers were from the nationally-acclaimed RMMC Teatro Ambahanon.

ha S. Macalangcom of the Free and Accepted Masons of the Philippines stopped everybody in their tracks with a stirring rendition of his poem (or Tula), Alay sa Watawat. I’ve never heard anyone deliver a poem with such fire and eloquence that I vowed to speak only Tagalog that day.

Later on, after a speech by GenSan City Mayor Jun Acharon, 110 doves signifying each year of our independence were released while the song, “Bayan Ko” was sung in the background.

Anyway, here are some of the pictures during the 110th Philippine Indencepence Day Celebration in General Santos City.

And yes, before I forget, the theme for this year’s celebration is “PAGLAYANG MINAMAHAL“. Host was Ms. Joana Grace Banting-Lapore for the program directed by Mr. Egai Cadiente. 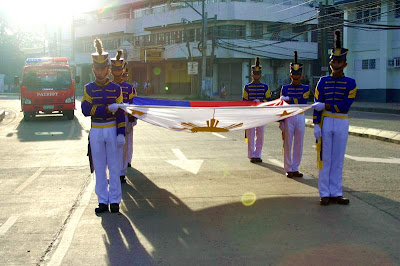 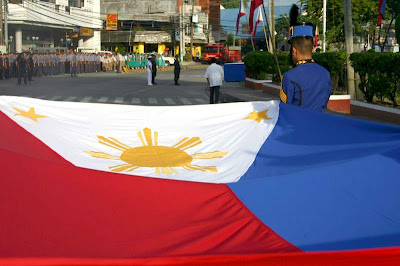 Now comes the slow march to the flagpole at the Gen. Paulino Santos Park 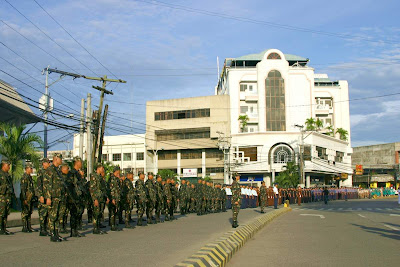 GenSan peace-keeping forces from the military, police, BJMP, Traffic, Civil Security Unit, Boys and Girls Scouts of the Philippines stand in attention during the flag-raising ceremony amidst the Sydney Hotel, a business-class GenSan Hotel at the backdrop. 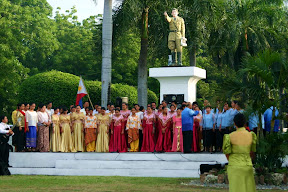 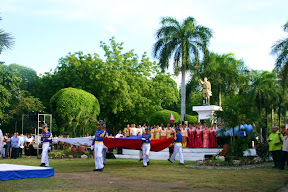 The flag bearers approaching the flagpole while the Choral contingent serenades everyone with their Tagalog pieces under the stare of the statue of Gen. Paulino Santos. 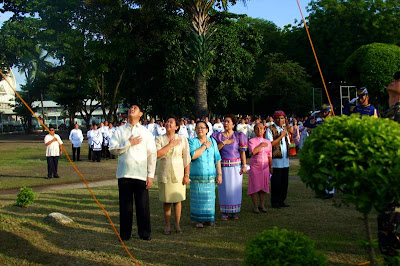 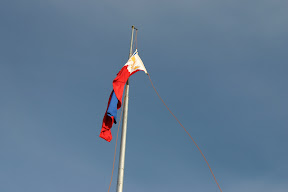 The Philippine flag nearing the top of the pole to eventually sway freely with the wind while underneath are a few hundred people looking up at her wondering why they are still imprisoned by the shackles of poverty due to the high prices of fuel, rice, education, housing and medicine and by the apathy, callousness and greed of our present national leadership.