In attendance were the city’s movers and shakers, business leaders, school heads, heads of government offices, leaders of the city’s indigenous tribes, military and police officials, members of the religious community and the media, among others. 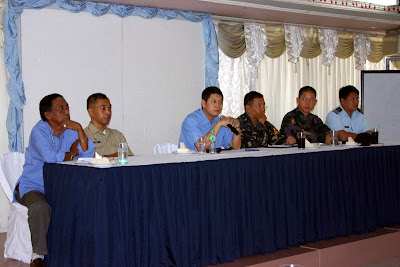 Mayor Acharon, for his part asked the public to remain calm and vigilant while discouraging them to forward unverified text messages which only contribute to the panic situation in the city.  He then proceeded to distribute an additional 20 handheld radio sets to the GenSan police donated by the Tuna Festival Council and the GSC Chamber of Commerce and Industy. 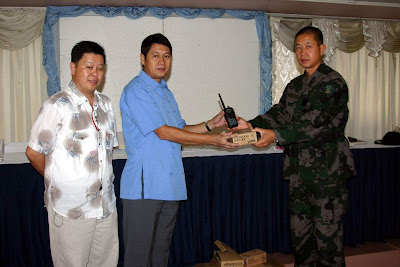 The mayor also released the EMERGENCY HOTLINE Numbers to call for any eventuality:

By the way, I have created a widget box at the HOME PAGE of Bariles Republic containing these numbers.