More than 7,000 cheering fans including GenSan City Mayor Jun Acharon, stood up inside the air-conditioned Lagao Gym when their local town hero Manny Pacquaio delivered the final blow to David Diaz’s face to win his new title as the new WBC Lightweight Champion of the World. 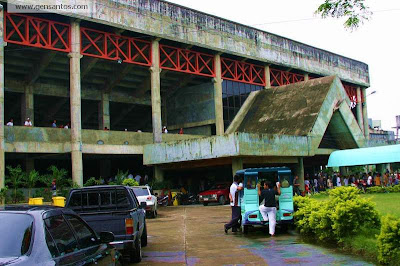 All hell broke loose when from the wide 6,000 lumen screen in front of them, the “generals” (as how the locals call themselves) saw how Diaz kissed the floor at the ring inside the Mandalay Bay Resort in Las Vegas in the middle of the 9th round, instantly making him another statistic added to Pacquiao’s reputation as “THE MEXICUTIONER‘. 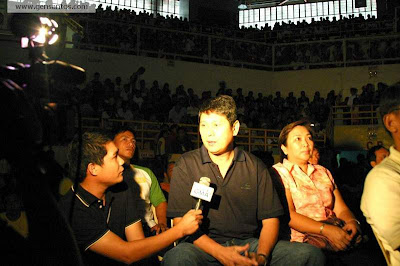 GenSan City Mayor while being interviewed by GMA Reporter.  Beside him is First Lady Dr. Rose. The mayor announced a HERO’S WELCOME for the champ when he comes home to GenSan.

The whole gym shook and rattled as my 7,000++ townmates all simultaneously released whoops and shrieks of cheers and delight which went on for around 2 minutes. The noise was deafening, the energy was overwhelming, and goose pimples were the order of that moment for me. 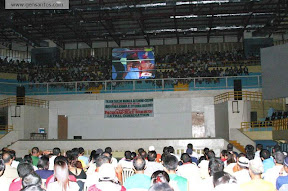 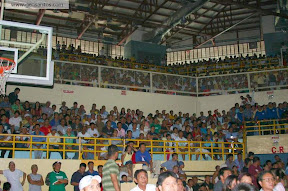 It was the most heavily-attended fight of Pacquiao at the Lagao Gym so far, ever since the local government of Mayor Acharon started airing his bouts here.

According to the mayor, for one, there was no corporate sponsor requiring them to buy liquor or whatever brand they were promoting just to be given a ticket inside.  It was all for free since Congresswoman Darlene Antonino-Custodio (Pacquiao’s opponent in the only fight which made him lose to a tiny wisp of a woman) footed the bill at Solar Sports which had the rights to air the pay-per-view telecast. 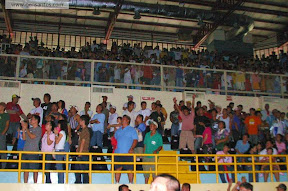 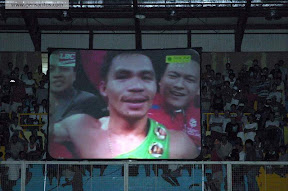 Another thing is the wide coverage of all the major radio networks of the impending FREE telecast at the gym two weeks prior to the fight date.  This was unlike before when only BOMBO RADYO and GMA Super Radyo reported about the free telecast (the former because it was the liquor company’s media partner and the latter because they were Manny’s new TV home).

In the end, I should say that this was Manny’s best fight ever, only because what he delivered this time was a SOLID KNOCKOUT, one thing that his countrymen has been asking for a long long time.
Congratulations Pacman! We, the “generals” are so proud of you! See you at your motorcade here! Tagay!!!! 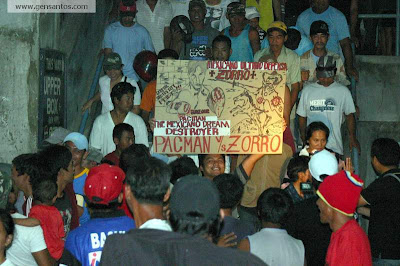 Watch out for my post on Pacquiao’s homecoming and hero’s welcome in GenSan here. Check back often or better still, subscribe to my POSTS with your EMAIL Address. Ayos ba? 🙂