Even from afar, Tuka 3 Beach looked so pristine with nary a beach cottage in sight. All we can see were coconut trees and groups of picnickers who were there earlier.

In a short while, our boat stopped and anchored about fifteen meters from the shore. This was our signal to disembark. 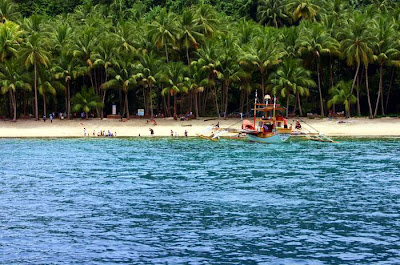 One by one, assisted by our ever-dependable boatmen, we lowered ourselves on the small steel ladder they attached at the side of the boat and jumped into the inviting waist-deep waters of Tuka below while at the same time trying to balance some of the smaller personal stuff we grasped in each arm. The rest of our heavier cargo were carried by a small banca. 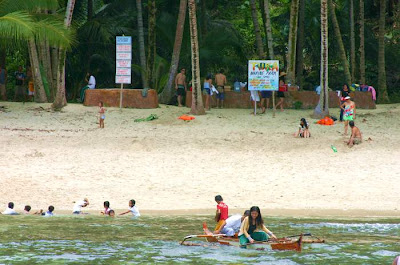 Nevertheless, it was still a struggle trying to reach the shore for we were walking through a field of corals. A couple of times, my flipflops almost got trapped between the numerous small cracks and crevices along the way which made me come up with Tuka Lesson #1: Wear Beach Shoes.

Upon reaching the shore, we immediately looked for our own spot and saw a vacant concrete picnic table provided for by the Tourism office of Kiamba, right behind the Tuka Beach signage. 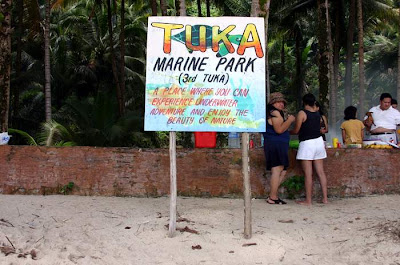 We then started unpacking our things and immediately after, my nieces, Claudine and Marrell began their cooking chores for their MENU of: Tuna Kinilaw, Grilled Matang Baka (or Tulay in these parts), Grilled Pork Chop, and Tomato/Cucumber Salad. 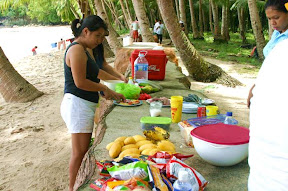 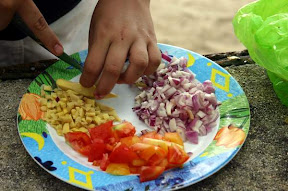 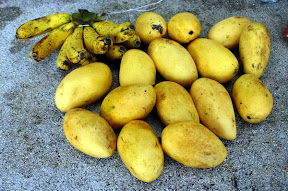 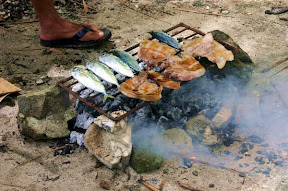 Eventually, I came up with Lesson # 2: Bring lots of drinking Water. We forgot to bring enough water to wash the food we were about to cook so had no choice but to use our drinking water and later on, scrimp on whatever was left from the two gallons we initially brought.

While waiting for the food to be cooked and after helping my brother set up his mini-tent, I decided to tour the marine park but not before reading these signs below: 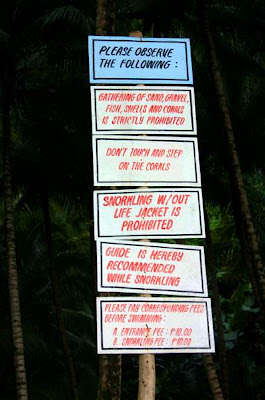