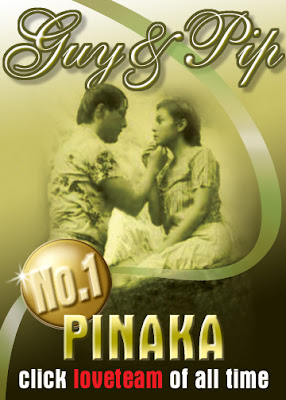 My Internet Yahoo Group ICON (International Circle of Online Noranians), with GANAP (The Grand Alliance for Nora Aunor Philippines) and the Federation of Nora Aunor Followers, Inc., is proudly announcing the celebration of GUY an PIP DAY (in honor of Superstar Nora Aunor & her former screen partner Tirso Cruz III) slated on Monday, February 25, 2008 as part of the opening of STARS CONVERGE: The Stellar Art and Career of Elwood Perez, a film retrospective of the University of the Philippines Film Institute.

This film retrospective will also give recognition to two movie production outfits who were instrumental in the evolution of the craft of director Elwood Perez, the Sampaguita-VP Pictures and Regal Films. 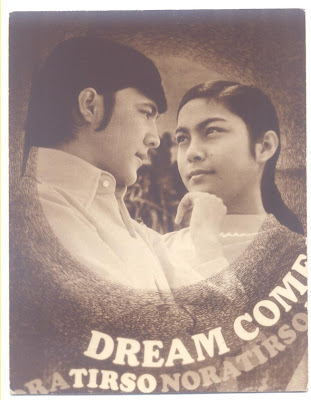 During the Guy and Pip Day , two movies of the greatest Filipino loveteam of all time will be screened at the UP Film Institute in Diliman, Quezon City. First to be shown at 5:00pm is “Till We Meet Again“, their “comeback movie” which destroyed all cinema box-office records in 1985.

This is followed by “I Can’t Stop Loving You” at 7:30pm. This movie is one of the top-grossing movies during the 1985 Metro Manila Film Festival. Incidentally, an exhibit of Guy & Pip memorabilia will be conducted at the lobby of the UP Film Institute.

Another Guy & Pip movie showing on February 26, Tuesday at 7:30pm is the classic “Bilangin ang Bituin sa Langit” which was shown on 1989 and reaped a lot of trophies from award-giving bodies the following year.

On February 27, Wednesday, as a finale to the retrospective, the movie, “Ang Totoong Buhay ni Pacita M.“, another multi-award winner for Nora Aunor will be shown.

Tickets for all the screenings cost only P80.00. Student discounts will be available as part of ICON’s objective to inform and enlighten the new generation on the remarkable body of work of Nora Aunor.
GABI NG PARANGAL (AWARDS NIGHT)

The night of February 25 is also the “Awards Night” for the the 2nd ICON Awards which are given to showbiz personalities who have contributed a lot to the growth of the Pinoy movie industry. Some of the recipients of the Lifetime Achievement Award for the year 2008 are Director Elwood Perez (film directing), Ricardo Lee (Screenwriting), Tirso Cruz, III (Film Acting), Nestor Torre (Film Journalism) and Ronald Constantino (Film Journalism).

Expected to grace this event are the children of the Superstar, Lotlot de Leon, Matet, Kiko and Kenneth and other close friends of the Noranians. The trophies are donated by Antonio Flores of ICON-Canada. 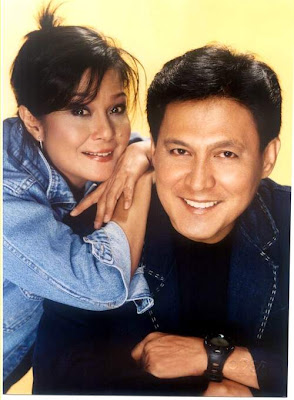 Note: As far as I can recall, I have been a Noranian since I was 8 years old when the Superstar first came into the consciousness of the Filipinos after winning the then #1 Singing Competition in the land, “Tawag ng Tanghalan”. My mom used to feed us with local showbiz magazines Kislap, Liwayway and the pre-Martial Law tabloids The Sun and similar print materials with her on the covers and since there was nothing else to read, that got me and my younger siblings hooked.

For his part, my Dad bought all the long-play vinyl records of the young Bicolano he could find. These made us fanatics of the diminutive singer-actress that I remember joining a local “Guy and Pip Forever” Fans Club with my brother, Orman which was organized by Ate Linda, who was a box-office ticket seller at the Capitol Theater along Pioneer Avenue, just beside the Arenas Building where we were renting a unit for my Dad’s tailoring shop.