It was during the great Holy year of the Jubilee in 2000 when I first heard about the Bahay Pari Project of Diocese of Marbel Bishop Dinualdo Gutierrez, DD.

I was then Managing Editor of the short-lived bi-monthly tabloid of the Parish of Our Lady of Peace and Good Voyage in downtown Dadiangas, called The Voyager and was always present to cover various conferences, meetings and gatherings of the clergy.

At that time, Bahay Pari was mentioned as one of the priority projects of the Bishop to enable his aging and retiring priests to have their own communal retirement home, much like the late Cardinal Sin‘s Bahay Pari in Makati which he established in 1990.

A lot has happened to me since then and I eventually forgot about it until in one of my recent travels to Koronadal, this signage along the National Highway at the Crossing Rubber in Tupi, caught my eye. 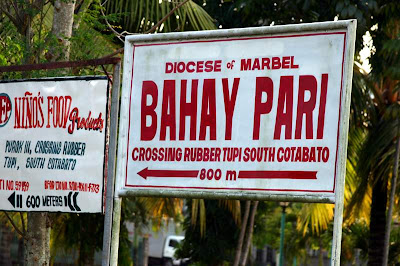 I then made a mental note to visit this place and see what has become of it, 8 years after it was first envisioned by Bishop Guiterrez.

I finally had my chance last Saturday when after a late lunch at Nadie’s Chicken House in Tupi, my best friend Francis agreed to take me there because he too was curious about the place.

We then drove to where the Bahay Pari signage was, about 3-5 kilometers away in Barangay Crossing Rubber to the direction of Koronadal.  Finding it, we then turned left into a dirt road where we passed the Barangay Hall.  In a few more minutes,  we reached a fork at the end of the road and turned right, this time into what appears to be the Papaya Capital of Soccsksargen.  There were hundreds of papaya trees all around us, neatly arranged in rows, looking much like a mini-forest. 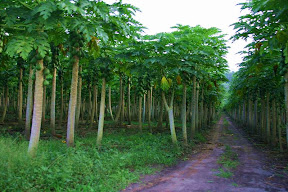 Luckily we chanced upon some kids who told us to go back some 20 meters up from where we came from and look for the small signage at the left side of the road where the gate to Bahay Pari was.  We finally found the sign which was so nondescript that it was really hard to catch. 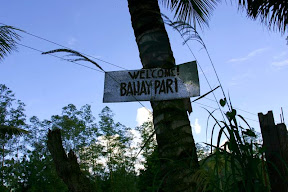 The steel gate was half-open so Francis drove the car inside what looks like a farm with an empty field on our left all ready for planting. 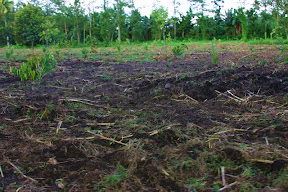 Finally, we came at the end of the road and came down the car. Farther ahead, about 10 meters from where we parked was what we came here for, Bishop’s Gutierrez’s Bahay Pari. 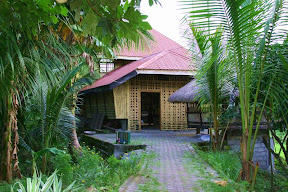 Situated on top a hill which inclines down into a field of corn below, the Bahay Pari was still half-finished. 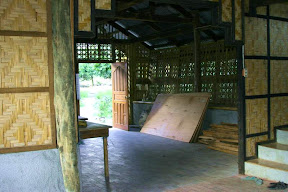 Made mostly of native materials like bamboo and coco lumber, the retirement home has two levels, the lower one still under construction. 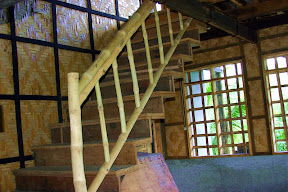 The upper level has two rooms, one which is occupied by caretaker Fr. Freddie Paulo (who was on sabbatical at that time) and its own kitchen. 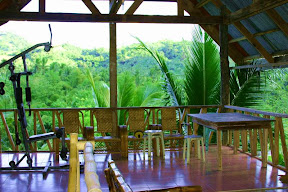 The left side opens into a wide veranda offering a breathtaking view of a winding brook about 30 meters down below and the majestic mountains of South Cotabato farther up west on the horizon. 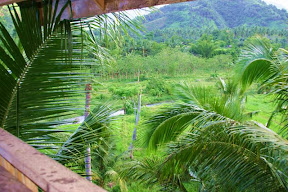 According to the Bishop when I talked to him during the inauguration of Our Lady of Fatima Parish, they are still looking for more donations from kind-hearted souls for the Bahay Pari in Tupi to be finished. 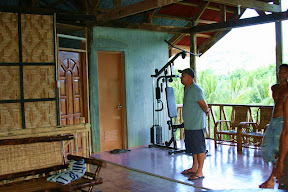 In addition, he said, “Diocesan priests usually have nowhere to go when they retire. Compared to Religious Priests who have their own congregation to turn to, diocesans have to fend off for themselves. My Bahay Pari will solve that particular concern.” 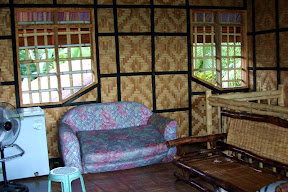 The good bishop also revealed that a 2nd Bahay ng Pari will also rise in General Santos City as soon as the Tupi house is finished. 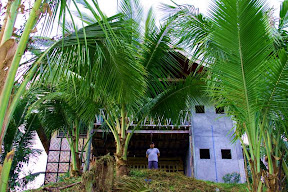 So if you want to donate for Bishop Gutierrez’s Bahay ng Pari, you may visit the Bishop’s Palace at Koronadal or talk to any diocesan priest in any of the parishes of the Diocese of Marbel.