It was a hectic three days for Bariles and eight other Filipinos who were invited to the Google Geo User Summit Singapore from March 30 to April 1, 2011.

The Google Geo User Summit Singapore is the first-ever regional Asia-Pacific gathering of the region’s geo-mappers or users/contributors of high-quality mapping data through Google Mapmaker. About 100 Map Maker Mappers were joined by 20 Geo Modelers and 10 Panoramio Photo Enthusiasts. 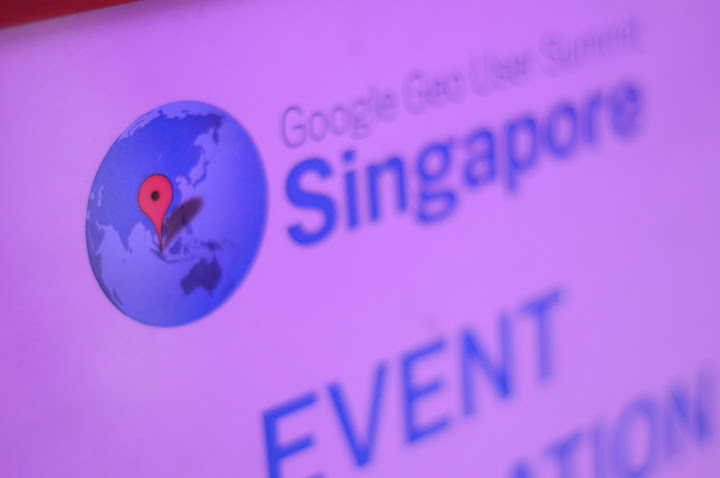 Bariles was privileged to be invited to the summit along with his brother Orman Manansala, who helped him spearhead the two Google Mapping Activities in GenSan some months back for the Soccsksargen Bloggers.

Both flew via Cebu Pacific starting from GenSan to the new Ninoy Aquino International Airport 3 in Manila in the morning and later that afternoon, out of Manila and landing two hours or so later at the Changi Budget Terminal in Singapore.

The flight to Singapore in itself was smooth and uneventful and except for an attempt to win during the onboard game initiated by the flight attendants, all Bariles and Orman did were to take each other’s photos and drowse off in between.  Finally, touchdown at 4:55pm!

Compared to the Kuala Lumpur Low Cost Carrier Airport which had them walking for at least 15 minutes from their plane to the Immigrations Area during their vacation last year, it only took them 5 minutes to do the same at the Changi Budget Terminal.  The terminal though was smaller but less crowded and frenetic than that of Malaysia’s. The taxi trip to Hard Rock Hotel at Resorts World Sentosa where they are billeted took less than an hour and cost them S$28, roughly P970. Both immediately noted that their hotel was right beside the Universal Studios which they passed as they entered the gates of Sentosa Island! 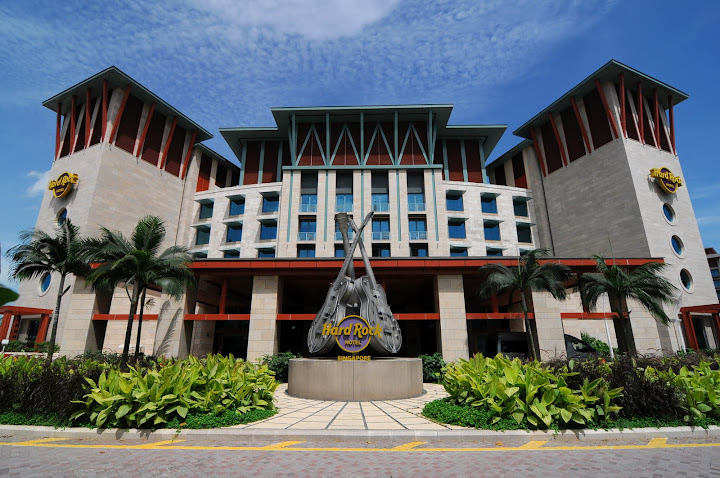 A Filipina receptionist was waiting for them at the hotel’s impressive low-ceilinged lobby (on instructions from Google Phils Aileen Apolo, naks) who lost no time in registering them for the the Google Geo Summit and gave them their kit, including an awesome Google mailman bag! Both were actually late for the Singapore River Ride prepared for all the Summit delegates. 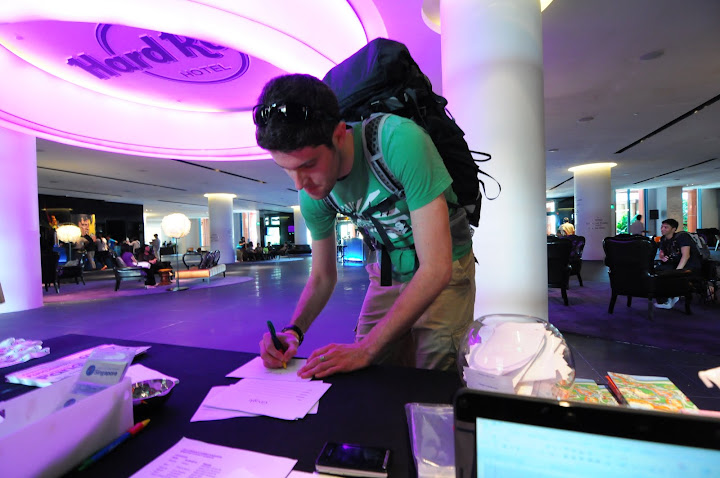 They then immediately checked in, left their luggage at the concierge and were whisked off in another cab by their  Pinay guide, Tess Umali, to their first meet-up with the other delegates in downtown Singapore who were already having their dinner.

They arrived at The Timbre, a restaurant along the Clarke Quay and although it was nearing 7pm, there was still day light.  They lost no time in looking for Google Phils’ Aileen Apolo de Jesus, a speaker at last year’s Soccsksargen Blogfest who was quite worried about their delay.  Before partaking of what’s left of the dinner, Aileen introduced them to Ms. Jessica Pfund, the Program Manager of the Google Mapmaking Community who was responsible for inviting them to the Summit. The Brothers just ate a little while mingling with other delegates who came all the way from Western Asia (India, Pakistan, Nepal, Bangladesh, etc), Southeast Asia, Australia, Russia, UK, etc..  Of course, they met the other Filipinos, all of them younger than Bariles and who have been mapping since time immemorial!   Eventually after some small talk and before it got too dark,  the brothers lost no time for some cam whoring at the Singapore River right across the restaurant. When it was time to go back to Sentosa, they were grouped into three and boarded three buses which took them back to their hotels.  This time Bariles and Orman sat with the Pinoys. The room of the brothers was colorful and huge.  Their glass window overlooks the Singapore Straits and across them at the main island is a ship of Star Cruises on dock and cable cars arriving at and leaving Vivo City Complex for Sentosa Island. Importantly, they each had a large bed and will have no danger of falling on the floor as was always with the case with Orman. Since this was Hard Rock Hotel, their headboard wall was adorned with black and white photos of rock legend Jimmy Hendrix. At the other wall is a flat-screen TV which welcomed them with the words: Welcome MS. Manansala, Orman! Hahaha! Once settled Orman checked for the FREE wifi connection and it was quite fast.  Eventually they were surfing and Facebooking like crazy using their MACS.  Good thing, the hotel provided them with Adaptors for their chargers since Singapore uses the three-pronged male socket.

A fellow blogger, Rammyboi who now works in Singapore dropped by and so they decided to check out what’s downstairs and roam around the hotel’s surroundings.

Watch out for blog post of the  DAY 1 of the Google Geo User Summit Singapore!  Soon…